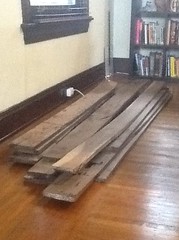 END_OF_DOCUMENT_TOKEN_TO_BE_REPLACED

Posted in Wood butchery | Comments Off on Dining in style