Between the holidays and a top-secret project (more on that soon), it’s been a while since I’ve had any reportable progress. But with the new year, it’s time for progress… and a new post! I’ve spent the past couple of weeks doing more work on the built-ins and trim, and it’s starting to make quite a difference.

The first order of business was assembling the face frame for the built-in cabinets under the window. Since the spacing and sizing of the cabinets was determined by the spacing of the existing studs, all of this had to be built to fit. 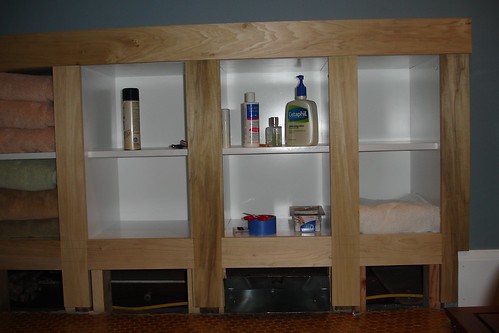 The one challenge with trimming out the cabinets was fitting everything around the previously installed piece of baseboard, seen in the lower-right. That piece had to be installed in order for the perimeter of the tub to be caulked, so unfortunately, it’s firmly in place and can’t be trimmed. That meant notching the right side of the face frame, and it also meant that the small return on the baseboard would have to be coped instead of just mitered. And since the face frame is only 3/4″ thick, that meant mitering and coping a 3/4″ piece of baseboard… 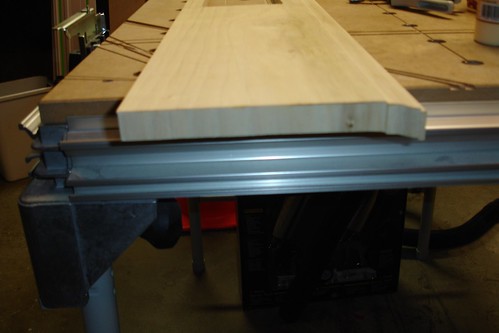 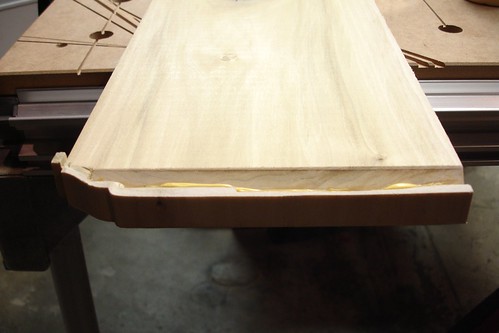 Getting the face frame and baseboard done, though, meant that we could also get to work on trimming out the door. For both the door and the window, we re-used the original headers, but replaced the side casings. While the ones for the window were salvageable, the ones for the door were not, so we decided to replace both sets. We also had to replace the plinth blocks for the door casing, since the original ones were coped to fit around the tub. 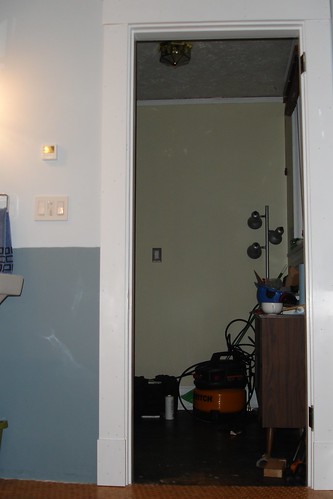 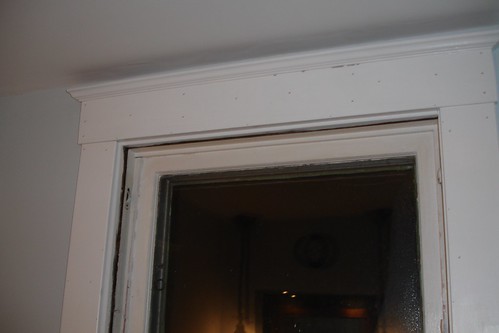 The end result is that the bathroom is starting to look a bit more finished. As far as trim work, we still have one more piece of baseboard to make (I ran out… oops!), and I’m also going to have to find or make an apron for the window trim. The baseboards also need to get some shoe moulding to match the rest of the house, but I don’t have a solution for that yet. And of course, there’s plenty of nail holes to patch and paint to touch-up. And one more built-in to build, too! 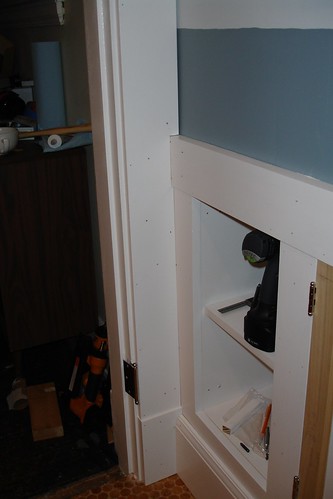 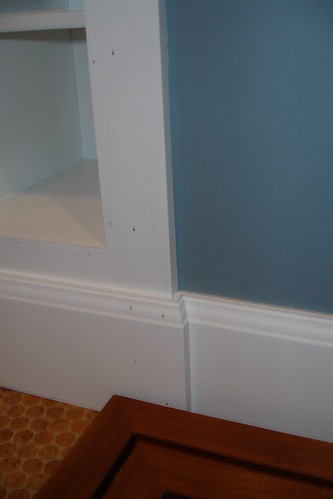 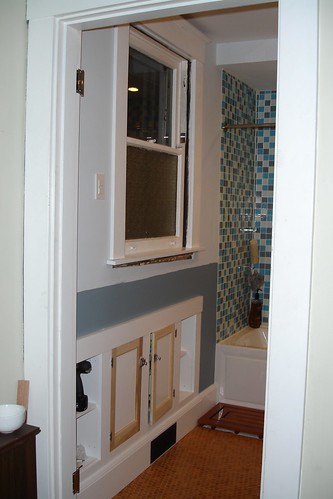 Oh yeah… and I still need to finesse the fit on the cabinet doors and get them painted, too. Even without that, it’s starting to look very put together. I’m hoping to get the door hung this week, too, so expect more on that little saga.

This entry was posted 11 years, 4 months ago. and is filed under Bathroom Remodel, Home Ownership. You can follow any responses to this entry through the RSS 2.0 feed. Both comments and pings are currently closed.